UserX works and lives in the Richmond, Virginia metropolitan area as an IT professional. Living in the historic Fan district has afforded the luxury of community minded residents centered around early 20th century Victorian and Edwardian architectures. Most of the homes were built nearly 100 years ago. The Fan district, so named because of the "fan" shape of the array of streets that extend west from Belvidere Street, on the east side of Monroe Park, westward beyond Boulevard.

An alley UserX always stumble upon but can never remember exactly where it is. It is believed to cross North Meadow between Hanover and Grove facing east. As of the year 2019 just two blocks from this location the City of Richmond named a one block section of this east-west alley bounded by North Allen, Hanover, North Vine, and Grove as “Trouvaille Alley”.

An alley somewhere near VCU?

Not exactly sure where this is.

Kanawha Canal runs between downtown and the James River

Walkway from southside of Potterfield Bridge

Scuffletown Park is hidden behind the west side of Strawberry Street near Park Avenue.

Scuffletown Park is surrounded on all sides by the backside of houses.

Hundreds of people from all walks of life sled this rather large hill even during night hours.

A look down Grace Street near Allison Street.

Sydney Park is a triangle park located behind a coffee shop where VCU students and the like frequent.

The VCU Dance Center as seen from Sydney Park.

Confederate Memorial Chapel next to Virginia Museum of Fine Arts

Virginia Museum of Fine Arts has activities that carry on onto the evening hours.

Unlike a city park that closes at dusk, the Virginia Museum of Fine Arts grounds do not close.

The historic Byrd Theatre in Carytown is still open and has movie showings every day.

The Robert E. Lee Monument has incurred more than $250,000 in repairs while its presence has gained some criticism. This statue is the only confederate statue that faces south because Lee himself was the only one who came back home alive.

Black man tending tobacco field next to Robert E. Lee Monument circa 1905. The way he is dressed might lead you to believe he is the owner of the crops, but probably not the land. What an ironic image.

This is what the Robert E. Lee Monument looked like during the 2020 "Black Lives Matter" protest movment since the killing of George Floyd. This picture is so iconic it ended up on the front cover of the National Geographic magazine. The word "Fuck" can be seen spray painted more than 30 times on this statue. Most other confederate statues have been removed since this movement started.

South east side of Oregon Hill

Evergreen Cemetary has made headlines since many people have complained that this historic cemetary is still in a dilapidated state as of January 2017.

This was found floating around Evergreen Cemetary. Located less than a mile from the east end of Church Hill.

Many of the crypts have been broken into and the remains stolen or tossed around.

As it turns out, some notable people have been buried here.

A human bone seen lying on the ground.

Another set of human bones.

O.K., this is a little ridiculous. Just don't get why the perpetrators stacked the tires so neatly.

Monument Avenue in 1951. Probably near Staples Mill Road on the city borderline.

Monument Avenue near Willow Lawn around 1960.

The Village Restaurant circa 1958. Became The Village Café in 1981 and moved across the street circa 1991. Still in business today.

Since when is it O.K. to bring babies to bars?

Possum are often seen and relatively harmless, but still ...

For more than 20 years, UserX has offered a wide variety of IT services including the support and development of PC based systems with an emphasis on excellent customer service at below market rates. Experienced enterprise level helpdesk and desktop network support technician, UserX designs and codes .Net desktop and Web applications as a Microsoft certified software developer. Portfolio available in the 'ProjectX' area. Applications are maintained and updated on a regular basis. 'Out of Print' digitized audio gallery located in the audio area under the media link.

in the Richmond, VA metropolitan area

Specializing in the development, implementation and support of PC systems.

Audio Video remastering and restoration for 'Out of Print' media. Graphic design and image manipulation. 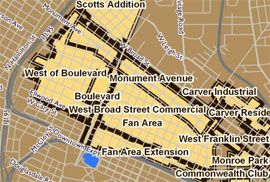